Put-in-Bay welcomes guests year round to the most popular vacation destination in Lake Erie, although May through September are the busiest months. Located off the shores of Port Clinton and Sandusky but still in the State of Ohio, Put-in-Bay has so much to see and do. Spend a day at local entertainment parks such as Cedar Point (the “Roller Coaster Capitol of the United States”) or Kalahari and then relax for a few days in our island paradise while catching some local events.

January is the start of the year and we are blessed each year to get ready and make preparations for our upcoming summer visitors. The ferries usually aren’t running and local residents are safely at home, but we extend a hearty Happy New Year to all of our visitors, old and new alike!

This is a great month for ice fishing! Check out the Commodore Resort for the few open rooms on the island this time of year. There is also usually at least one restaurant/bar open as well as the grocery/beer store. The quietest time of year in Put-in-Bay with no events has got to be January!

In February, Put-in-Bay is still buttoned up mid-winter, and many local people have headed south to sunny Ft Myers Florida. They also head to the unforgettable Key West Florida for fun and sun! Join your northern island friends for some southern island revelry and make plans for the upcoming summer vacation season.

March is of course home to St. Patrick’s Day at Put-in-Bay, just as it is all over the world. Everyone’s Irish on St. Patrick’s Day! If you can make it over to the island, join us for some Irish Brew and a song or two. There is bound to be a party somewhere.

Of course, Hooligans Irish Pub is the focal point for all things Irish on the island. You may even catch a parade while you raise a pint, or two, of great Irish brew. Check with the Island Club Taxis for affordable island rides this month to get you from the ferry to the downtown events.

Don’t forget: There are many more events than this, and complete island event calendar is available online.

In April, there is only one thing to say… WE ARE OPEN FOR THE SEASON! Yes, this is the unofficial opening for island tourism in the new year. All April weekends are bonus weekends at Put-in-Bay resort hotels and home rentals for two main reasons: Lake Erie fishing and bachelorette parties.

This time of year there is no better walleye fishing anywhere in the United States than the waters off the Lake Erie Islands! Fishermen come from as far away as North Dakota to get a chance at catching our fish. Reduced rates at the island’s most popular hotels and homes also draw numerous bachelorette parties eager to celebrate together before their big May and June nuptials.

For those bachelors and bachelorettes, the third weekend of April sees Mr. Ed’s Annual Island Pajama Party. It is a great time for our guests who are tired of doing the same old thing every weekend and itching to kick start their season at the bay. It is also usually the same weekend as the Whiskey Light lighting over the Roundhouse bar entrance. Check out special low discounted rates on hotel rooms at the Commodore Resort and 8-12 person houses at the Island Club, an out-of-town fishermen’s favorite.

May is always a bright spot for island businesses. Most are now cleaned up from winter and they have opened their doors for island visitors to explore. Find a hot bar, buy a new knick knack, or just wander one of our many parks and enjoy the May flowers (after the April showers). And always rent a golf cart at the lodging where you are staying.

Hands down, one of the premier events of the entire season is the Annual Island Club Official Spring Fling Customer Appreciation Party! This annual Spring bash is the defacto kickoff to the Put in Bay summer season. Thousands of guests pack the Commodore Resort, Put-in-Bay Condos, Victory Station Hotel, Bird’s Nest Resort and of course the Island Club Home Rentals where the party is held. It’s always a sellout! The event is basically two days of free food, free adult beverages, free live entertainment and a chance to see your island buddies for the first time this year.

In June, the summer season is really starting to take hold. The sun is out, live entertainment at island bars has ramped up, and the Jet Express is now running a full summer schedule. Weekend day trippers also start coming in full force to explore all the family fun and things to do on this small Lake Erie island.

The biggest event this month is the Annual Pyrate Fest and has everyone saying “Ahoy, Me Hearties!”. For over ten years, the Put-in-Bay Chamber of Commerce has sponsored this awesome family-friendly event held in downtown Put-in-Bay at DeRivera Park. There is a Pirate Parade and usually a Costume Contest for kids and adults. There’s also the infamous Cardboard Boat Races. And for safety, the Brig Niagara usually returns to protect the harbor from marauding pirates while offering tours. Join in on the fun!

Don’t forget: There are many more events than this, and a complete island calendar of events is available online. 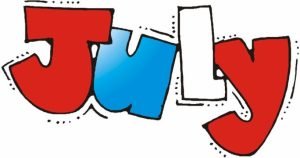 July is the middle month of the season and it is usually hot hot hot at Put-in-Bay. With bands, singers, and bar room philosophers on schedule every single day at almost every single downtown island bar, you won’t have to look far for awesome island entertainment.

It is small wonder that the July 4th holiday is one of the guest favorites not just this month but all year! There is no better place to be to celebrate America’s birthday than a two or three day getaway to Put-in-Bay! Kids and parents alike will enjoy a great fireworks show at dusk over the downtown bay, sponsored by island businesses and friends. The show is best viewed from the steps of Perry’s Monument and the surrounding grounds. Bring a blanket or chair and enjoy the display with accompanying music! 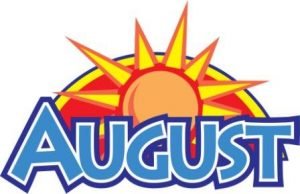 In August, the sun is blazing overhead and all the island Put-in-Bay pool bars are packed every Saturday. MIST Pool Bar, the best on the island, takes reservations for their poolside cabanas up to a year in advance and a word of advice… BOOK IT a year in advance because if you wait until summer, they are usually all completely reserved.

Big crowds descend on the island at the end of the month for Labor Day Weekend events at the BAY!!!! Join your friends and family for this three day weekend at the bay. Many of the island’s most popular entertainers appear for multiple venues and in fact this is the biggest musical weekend of the summer! Be sure to book your lodging early as this weekend books fast! Everyone wants to be at Put-in-Bay enjoying the sun and fun.

September sees the kids start going back to school and the last vacations of the summer are taken. Prices usually drop on the island at both Put-in-Bay hotels and rental home about this time so it is an affordable family getaway. Yet everything is still open, the pools are still crystal blue, and the sun is still hot. What’s not to love about this month!?! Great values abound.

Hands down, one of the most popular family and island weekends of the summer occurs in early September with our big Historical Weekend. This event is actually many events all wrapped up into one. First off is the wide variety of family oriented activities centered around the DeRivera Park. An old-time village is literally set up with sleeping quarters, cooking pits, and working craftsmen. The Art in the Park alongside it features regional artists, photographers, potters, painters, silversmiths, and displays all day long on Saturday.

Over at Perry’s Monument, the Boy Scout Camp-O-Ree is held as part of Historical Weekend and is the only one in the USA to be held on federal land. Musket and cannon firing demonstrations occur throughout the weekend here along reenactors explaining the meaning of the Monument. Finally, the Toledo Symphony performs a free concert at Perry’s Victory and International Peace Memorial on Saturday night.

The fun doesn’t end there. There is a Historical Grand Parade which slowly winds its way down Delaware Avenue in downtown Put-in-Bay in the afternoon. It features antique and classic cars, numerous area marching bands, and many civic and military dignitaries. This is followed by a bit of old-time fun with the Muffins vs. Mossbacks Historical Baseball Game. Each year, the Ohio Historical Society Muffins challenge the Put-in-Bay Mossbacks! The game follows the original rules of baseball including uniforms and a big ball.

Don’t forget: There are many more events than this, so search the complete Put-in-Bay event calendar which is available online.

In October, the sun sets a little earlier and Autumn is definitely in the air. But that doesn’t mean an end to the season yet. October has debatably some of the most fun weekends of the whole year! And the price is right for an extra island getaway before old man winter comes around. Check out some great Put-in-Bay Lodging rates and partners open and ready to host your group.

The unofficial end of the season party, the Putinbay.com Fall Ball Customer Appreciation Party is two days of festivities and fun and allows us to thank you for being our island guests. Follow this up with the best Island Wine festival in the area featuring great local island vineyards. Add another weekend for the Annual Island Oktoberfest featuring your favorite German foods, sweets, beer, and dancing. And then round it out with The Wake at the Roundhouse Bar (if you don’t know what this is, look it up!) and then Ohio’s largest island Halloween Party to end the year on a spooky but fun note. 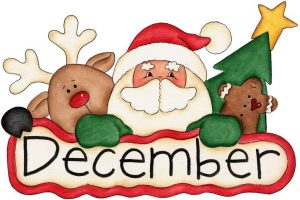 November and December are close-down months for the island. The ferries either stop running or have a very limited schedule. Island residents close up their businesses for the long winter and start making plans for the next year. Snow birds take flight and head down South to Florida on their mechanical wings.

New construction occurs, businesses expand or erect new features, and a certain quiet and peace descend on the island. Whatever your plans are, this is a great time to start thinking of next year and pre-planning your next great Put-in-Bay island getaway!

As you can see, there is a lot to on South Bass Island and especially in Put-in-Bay Ohio all throughout the year. Check out our complete Put-in-Bay Event Calendar and find one you like. Bring the family. Bring a group of friends. Bring just yourself if you like. We are here to help you with any questions as well as assist in your Put-in-Bay lodging during your stay!

You will be taken to our secure golf cart booking portal.